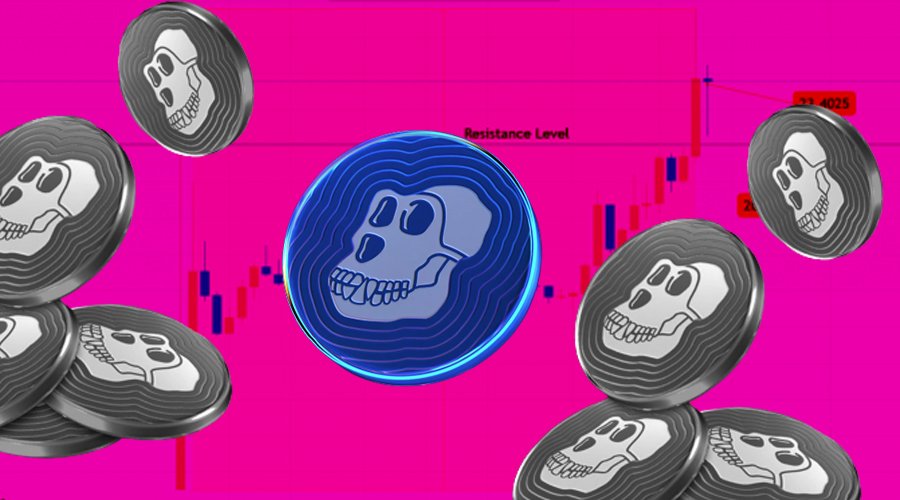 Apecoin is the fastest-growing NFT native altcoin for buying and selling in 2022, as a large volume of NFTs is being traded in Apecoin.

If you are interested in Crypto investment, here’s why Ape Coin will be a great choice for you.

The price of Ape Coin has jumped around 50% in the last 14 days. It is also one of the topmost trending cryptos in the last few weeks, according to data on CoinGecko and CoinMarketCap. That means, if someone had invested Rs 1 lakh in Ape Coin 14 days back, his wealth would have grown to Rs 1.5 lakh by now. So, it is needless to say that investing in Ape Coin sounds like a great strategy at this moment for crypto investors.  As per CoinGecko data, Ape Coin’s price jumped from $11.57 on 17th April to over $26 on 28th April.

What is Ape Coin?

Ape Coin is an ERC-20 governance and utility token within the APE Ecosystem. It is a decentralized project inspired by Yuga labs’ Bored Ape Yacht Club. The coin has been launched for use within the APE Ecosystem. Ape Coin is currently ranked 28th in the list of top cryptocurrencies by market cap on CoinMarketCap. APE is run by a decentralized autonomous organization called ApeCoin DAO. Even as ApeDao is separate from Yuga Labs, the BAYC creator, AP has been adopted by the company as the primary token for the BAYC ecosystem as well as for future Yuga products and services. According to Yuga Labs, Ape Coin holders have governance rights over the DAO and its decision-making, along with some other perks.

The BAYC released APE in March of this year. In the initial days of the launch, APE was trading at around $8. ApeCoin was initially airdropped to BAYC NFT holders with the option to claim for free. The ApeCoin airdrop by YugaLabs came as a surprise to BAYC community members. According to CoinMarketCap, there is a maximum supply of 1 billion APE tokens, with 277.5 million currently in circulation. Given the current ApeCoin price, this gives the token a market cap of $4.02 billion – making it the 45th largest crypto globally. Considering Ape Coin was only launched a few weeks back, the token’s rise to prominence has been remarkable.

How Did Ape Coin Rise?

Firstly, Ape Coin was distributed to holders of Bored Ape Yacht Club and Mutant Ape Yacht Club NFTs as a ‘reward’ for ownership. Owners of original Bored Apes received 10,094 tokens, which equates to over $150,000 at current prices. A total of 15% of APE tokens will be allocated to NFT holders, with 47% being given to the DAO to grow the project in the years ahead. Given the media attention that Ape Coin is generating already, this token could become one of the best altcoins in 2022 if the price continues to rise. Like with all new token listings, it’s challenging to make reliable forecasts based on technical analysis due to price still creating structure. In general, ApeCoin’s primary use case is as a decentralized payment method. The specific projects that Ape Coin intends to partner with are currently unclear, although there are rumors that the token may become integrated with various blockchain-based games. An upcoming project from Animoca Brands, one of ApeCoin’s initial investors, as noted by Fortune.com, looks likely to use APE – helping increase demand for the token.